This is the third and final post in a series of a project to raise awareness about antibiotic resistance to audiences of children and young people.  In part 1 we discussed the increased risk of antibiotic resistance, which poses one of the greatest global public health threats of our time. Antibiotics that were once life-saving are becoming of limited use, with common infections and minor injuries potentially returning as a major public health threat.  Raising awareness of these issues with the public and in this case children and young people is very much needed.  In part 2 we highlighted how children and young people had begun the process of learning about antibiotic resistance to inform the writing of a play to be performed to audiences of primary and secondary school children in Liverpool.

To recap, the purpose of this project was to:

This young-person led project illustrates that using drama as a means of increasing knowledge and sharing information about health issues with children and young people has many advantages, including: making the topic more relevant to children’s lives; it generated a conversation and made children consider their own self-management of healthcare for maybe the first time, and despite the serious nature of the issue the performance included take-home messages that was delivered in a fun and informative manner.

What did it mean for the young people involved in the project:

“I felt like I was important and that all of our ideas were took on board and helped write the script. I felt proud to be a part of it all” 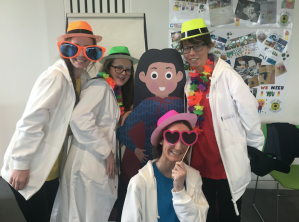 “I really liked the writing workshop at Alder Hey, we got to meet other people from different groups and I felt really important sitting with the Professional Doctors.” 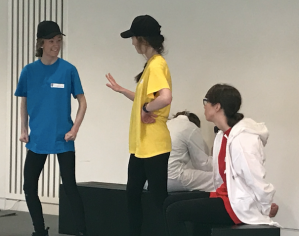 The project has now ended and the team are exploring other involvement and engagement activities with children and young people.  For a full report about the project click here.

Start a Blog at WordPress.com.