Most people don’t get the opportunity to work in a job that takes you to the other side of the world, in this case Orlando Florida, and most importantly get to work with such great people. By all means I am not bragging but I felt the need to share my experiences with you so you can understand what ‘we’, and by ‘we’ I mean members of the International Children’s Advisory Network (iCAN) are trying to achieve to ensure young people and families have a voice in the healthcare they receive, and more importantly have a say in the design and delivery of health research to ensure their healthcare is based on the best evidence.

The Summit was attended by over 220 youth and family members, represented by 8 countries, 9 sponsors and 21 partners. I was fortunate enough to attend the Summit with three young Patient Research Ambassadors Sophie Ainsworth, Simon Stones and Robyn Challinor (also associated with GenerationR Liverpool YPAG)

The International Children’s Advisory Network (iCAN) has been under development since August 2013 when the first KIDS (Kids Impacting Disease through Science) group was launched in Connecticut. There are now several local KIDS chapters, which come together to form iCAN. KIDS was modeled after GenerationR Young Person’s Advisory Group (YPAG) in the United Kingdom, followed by other YPAGs across Europe and Canada, which are also members of the iCAN Network.

With a successful launch of iCAN in 2015 in Washington DC and subsequent Summit in Barcelona in 2016, Orlando Florida was set to hold the third Summit bringing together youth members and their families to share their experiences, learn from one another, and engage with world leaders in medicine, research and innovation, and advocacy.

I am not particularly keen on flying but it was a rare opportunity to actually sit somewhere and be free from phones, emails and dare I say it “social media”. I did however take the opportunity to get some social media ‘top-tips’ and annoy the life out of Simon Stones (social media Guru) for most of the journey, in between taking advantage of the flight entertainment of course. The reason why I am telling you this is I thought it was quite apt that a film I found was called ‘The Immortal Life of Henrietta Lacks’ otherwise known as HeLA to scientists. The film was based on the true story of an African-American woman who died in 1951 of cervical cancer, whose cancer cells where taken without her knowledge and has since become a multimillion dollar industry and one of the most important tools in medicine. The story raises important issues regarding science, ethics, race and class and a ‘must’ read for anyone with an interest in such issues.

Prior to the welcome address early arrivals had the opportunity to take part in an Eli Lilly and Company activity called Hero’s Journey Art.  The activity was part of a national art project organized by Lilly to honor clinical trial participants and raise awareness of clinical trials. iCAN young attendees where given wooden bricks to decorate to be incorporated into a larger wooden sculpture, along with other bricks from the entire clinical trial community. The bricks will be part of a public art display at locations throughout the United States. 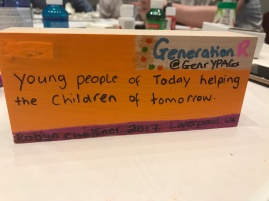 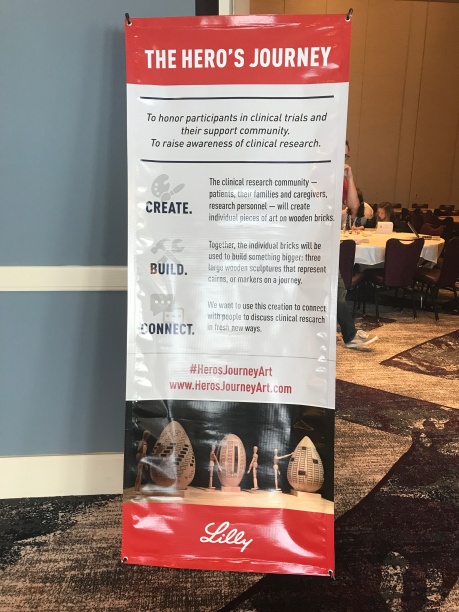 The Summit was then opened by Dr Charles Thompson; Chair, Board of Directors, iCAN and Global Lead, Pediatric Center of Excellence, Pfizer, who welcomed everyone to the amazing venue of Loews Sapphire Falls Hotel and gave an overview of the five days ahead. The five days promised a packed series of workshops and presentations delivered by a prestigious panel of moderators and panelists as well as combining some down time in Universal Orlando, welcome and closing parties and attendance to a special event: Give Kids the World Village. See Simon Stone’s Blog for further information.

THE IMPORTANCE OF PAEDIATRIC HEALTH RESEARCH

For me the Summit began with a key reminder of why we do our jobs and try our best to ensure children and young people have the best evidence based treatments, diagnostic tools, and medical devices to ensure we eradicate and possibly cure childhood cancers and other diseases so we can avoid losing such amazing young people such as Felix Junqera Tejeda, a young person from KiDs Barcelona who lost his battle with Cancer only a few weeks before the Summit. For those who knew Felix we where deeply saddened by his loss, and despite only getting to know him very briefly during the iCAN Summit in Barcelona in 2016 it reminded me of why I do my job, and why I will continue to fight for young people’s rights to work in partnership with researchers in the design and delivery of paediatric research.

This tribute was followed by a very emotional key note address delivered by Raymond Rodriguez-Torres whose daughter, Bella, became paralysed overnight. The cause of the paralysis was a large tumor in her spine with seven other tumors throughout her body. She was diagnosed with Stage 4 Alveolar Rhabdomyosarcoma, an aggressive form of childhood cancer. Healthcare professionals across the globe said that Bella had but a few months to live and would never walk again. However, with intense treatments and support from around the world, she regained the ability to walk and went into remission, when it was never thought possible. Bella courageously fought cancer six times until her death on 28th May 2013. The phrase #LiveLikeBella is now known around the world, inspired by one courageous little girl whose attitude in life was to serve others. Her life and legacy, to care and serve others, now lives on with the work of the Live Like Bella® Childhood Cancer foundation, whose purpose is to end childhood cancer.  At this point I don’t think there was a dry eye in the room.

Following such an emotional yet motivating start to the Summit it was time to hear what groups under the iCAN umbrella had achieved since the 2016 Summit in the form of poster presentations.  I had great pleasure to promote the work of GenerationR and highlight our work with the recently established European Young Person’s Advisory Group Network (eYPAGnet) alongside Robyn, Sophie who was promoting her organisation RAiISE, and Simon’s PhD research study, iSMART. 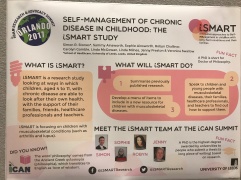 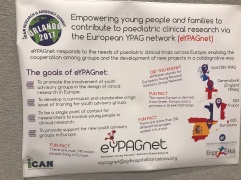 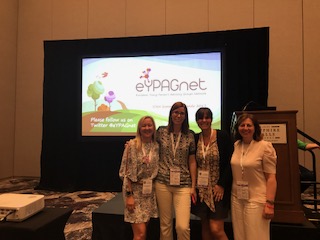 As co-founder of eYPAGnet I was invited to present with the team to highlight its aims and objectives and how it compliments the work of iCAN in Europe.  The main aim of network is to deliver a collaborative and unified approach to paediatric research across Europe. With encouragement and accreditation from the European Network of Paediatric Research at the European Medicines Agency (EnprEMA), eYPAGnet is coordinated by Hospital Sant Joan de Déu in Barcelona. Current members of eYPAGnet include: KIDS Barcelona, KIDS France, ScotCRN, and GenerationR (Birmingham, Bristol, Liverpool, London, and Nottingham). The steering committee and founding members include: Joana Claverol (KIDS Barcelona), Begonya Nafria (KIDS Barcelona), Jenny Preston (GenerationR), Pamela Dicks (ScotCRN), and Segolene Gaillard (KIDS France).

eYPAGnet responds to the unique needs of paediatric research and the European regulatory framework, enabling the cooperation among groups and the development of new projects in a collaborative way. The goals of eYPAGnet include:

The bold and exciting step that eYPAGnet has made, will reap many benefits in the future, as we capitalise on the shared experience and talent across Europe, to advance paediatric research both across Europe, and internationally. We are very much at the early stages of development and hopefully by the next iCAN Summit we can present some of its impact.

Included in the agenda was workshops focused on various aspects of child health, advocacy and research but one interest of mine for many years now surrounded the issue of improving the informed consent and assent process in paediatric clinical trials (see also Simon’s blog).  I was therefore happy to see several workshops covering this topic delivered by Dr Jonathan M Davis, Assistant Professor of Paediatrics, Tufts Medical Centre, and Alison Sampson, Senior Director & Project Manager at Premier Research.  What I was particularly keen on hearing was about the ‘impact’ of young people’s advisory groups or individual children and young people’s views on the content and actual look of patient information sheets and do young people participating in clinical trials understand the information they are given and therefore giving their fully informed consent/assent and to take part?  I was therefore pleasantly surprised especially by Alison Sampson’s workshop about the changes they made to patient information sheets on a study looking at the effects of a medication on adolescents suffering with scalp and body psoriasis, following feedback from GenerationR (Liverpool YPAG) and other YPAGs involved in iCAN.  What I was particularly pleased with is following feedback the struggling study then met its recruitment target and future studies used the same glossy and very well laid out information booklets to supplement patient information sheets.  Premier Research is just one company working in partnership with YPAGs but we need to continue this work and build our relationships with other companies so that more young people invited to take part in research receive the same quality of information and tools to help them decide to participate in research, and to stop us receiving 20 page (and more) information sheets that young people don’t understand.

CREATIVITY AND WHAT ICAN MEANS TO YOUNG PEOPLE, FAMILIES AND THOSE WORKING WITH YPAGS

During the Summit all delegates had the opportunity to take part in various creative sessions including developing a collage of hands of people’s thoughts of what ICAN meant to them.  I was particularly struck by one quote ” Making a difference today, for kids tomorrow’.  I look forward to seeing the final display from #icansummit2017 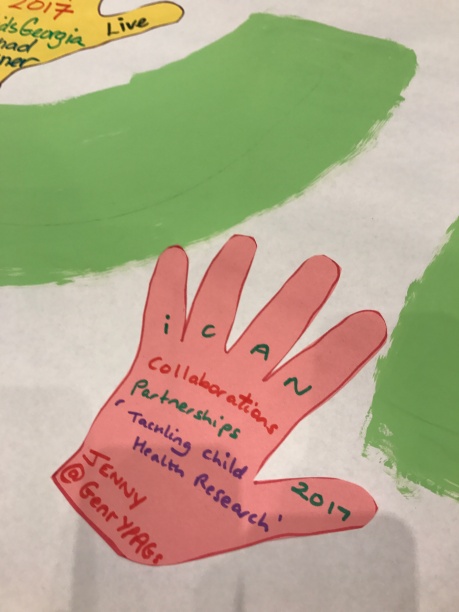 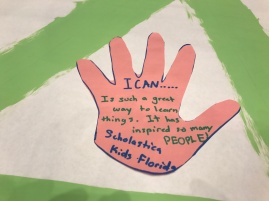 THE END OF ANOTHER GREAT SUMMIT

To close the Summit Marco Rubio, Senator for Florida, joined us to talk about the importance of paediatric research, and the reason why networks such as eYPAGnet and iCAN are important intermediates in enabling young people with chronic conditions to shape the future healthcare landscape. 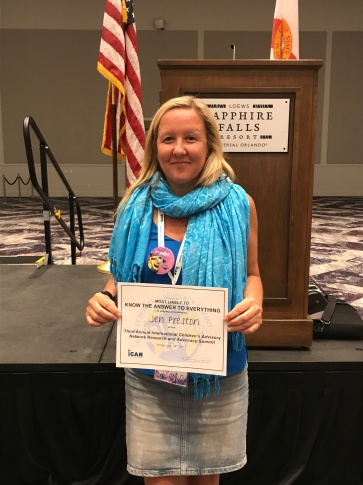 I would like to end this blog by sending a big thanks to the iCAN team for organising another great Summit and I look forward to 2018 where it was announced it will take place in Edinburgh organised by ScotCRN (co-founder of eYPAGnet).  As always it was great meeting the inspirational young people, families and those working in the field of health research.  I have such great memories, ones that I will cherish for a very long time! 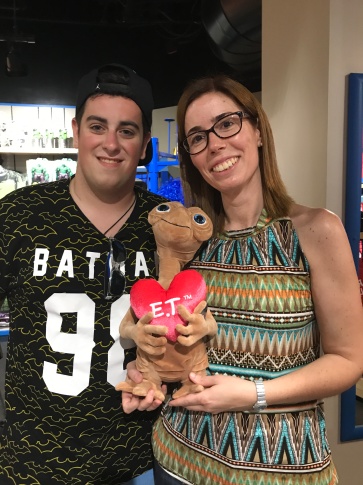 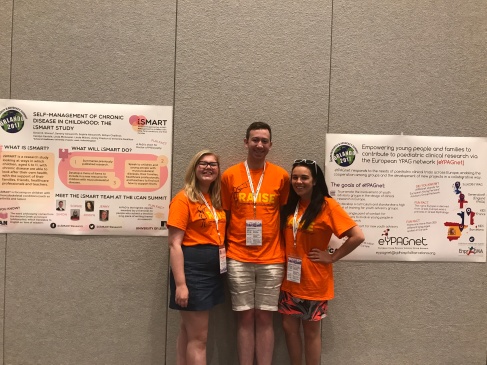 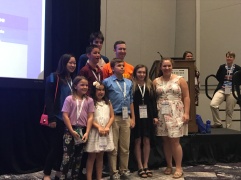 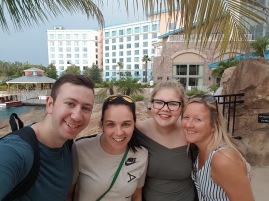 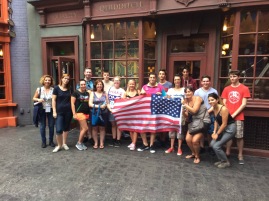 STAY UP TO DATE WITH ICAN